For all the MAGA Trumpeteers and Lie-brul Commies to post their wearisome screeds.
Post Reply
4 posts • Page 1 of 1

The Wisconsin Supreme Court has ruled in favor of Republican state lawmakers and upheld laws limiting the power of Democratic Gov. Tony Evers.

The state's December 2018 lame-duck session of the legislature passed a number of laws curbing Evers' power, including one that barred him from authorizing the state's departure from a federal lawsuit challenging the Affordable Care Act.

Evers campaigned on leaving that lawsuit.

Lawmakers also limited Evers' ability to change existing state laws through executive action, including Wisconsin's voter ID and right-to-work laws. The governor's power to appoint board members to the state's economic development agency, which is overseeing the state's $4 billion tax incentives deal with tech giant Foxconn, was scaled back as well.

The court ruled 4-3 in favor of the GOP on Friday, dismissing an argument that the session was called unconstitutionally.

The plaintiffs in the case, the League of Women Voters, argued the state constitution does not ascribe the power to call an extraordinary session of the legislature to lawmakers, thereby making the December session and all actions therein unconstitutional and invalid.

"The Wisconsin Constitution itself affords the legislature absolute discretion to determine the rules of its own proceedings," Bradley wrote.

The court's liberal justices offered a dissenting opinion, saying the majority "subverts the plain text of ... the Wisconsin Constitution."

The Wisconsin Supreme Court has a 4-3 conservative majority. That will move to 5-2, when Justice-elect Brian Hagedorn is sworn in in January.

As the state court is the highest judicial power in Wisconsin, the lawsuit ends here.

Evers was quick to decry the decision Friday morning.

"Today's decision is disappointing and, unfortunately, all too predictable," Evers said. "It is based on a desired political outcome, not the plain meaning and text of the Constitution."

Chris Carson, the president of the League of Women Voters of the United States, said the court's action "undermines the will of Wisconsin voters."

"The Wisconsin state Legislature's actions defied the democratic process, which is a major blow to our democracy as a whole," Carson said.

"The Court upheld a previously non-controversial legislative practice used by both parties for decades to enact some of the most important laws in the state," said Assembly Speaker Robin Vos and Senate Majority Leader Scott Fitzgerald. "This lawsuit, pursued by special interests and Governor Evers, has led to an unnecessary waste of taxpayer resources."


One other state-level case challenging the lame-duck session remains before the Wisconsin Supreme Court.

The court has yet to hear arguments in that case, which argues the laws passed during the session violate the Wisconsin Constitution's separation of powers guarantee by unfairly limiting the authority of the executive branch.

One of those relates to limits on early voting and changes to Wisconsin's voter ID law passed during the lame-duck session. The other says the session violates the U.S. Constitution's guarantee clause, which guarantees every state the right to a representative, republican form of government.

As those cases move forward, the vast majority of Wisconsin's lame-duck laws have been allowed to go into effect.

The only exceptions are the limits on early voting, changes to some voter ID procedures and a requirement that state agencies allow a public comment period on some public guidance documents. Those elements remain blocked by courts.

https://www.wicourts.gov/sc/opinion/Dis ... qNo=242640
“ “I think we’re gonna be very good with the coronavirus. I think that at some point that’s going to, sort of, just disappear — I hope,” Mr Trump told Fox Business on Wednesday" President Donald John Trump 7/1/2020
Top

Anyone want to take a bet how quickly these limitations will get rescinded once one of their guys is in the governor's chair?
If you can't be a good example, you can still serve as a horrible warning.
Top 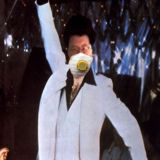 Wisconsin Republicans voted to approve numerous new gubernatorial powers when Republican Gov. Scott Walker was in office but immediately moved to roll those back in a lame-duck session after Evers defeated Walker last year, along with limiting some longstanding gubernatorial authority. After Evers issued 78 partial vetoes of a Republican-authored budget last week, Republicans are now trying to limit the veto powers governors have held for years, the Associated Press reports.

Republican state Sen. David Craig and state Rep. Mike Kuglitsch proposed an amendment to the state constitution that would limit the governor’s veto powers to increase funding levels in state budgets passed by the legislature.

The move comes after the lawmakers accused Evers of a “power grab” because he used his veto power over the state budget to steer $65 million more toward schools, stop plans for a new prison, restore funding to Milwaukee’s child welfare system, and roll back work and drug testing requirements for the state’s food assistance program, according to the Milwaukee Journal Sentinel.

"This unilateral abuse of power taken by the executive branch cannot go unchecked by the Legislature without seriously damaging the separation of powers doctrine in Wisconsin," Craig and Kuglitsch wrote in a memo to colleagues.

Evers spokeswoman Melissa Baldauff said that Republicans were just “sore losers” who want to “change the rules every time they don’t get their way.”

"Republicans in the Legislature chose to ignore the will of the people, but Gov. Evers listened to the people who overwhelmingly said they wanted to see more investments in our public schools,” she told Wisconsin Public Radio. “To be clear, this is a temper tantrum in response to Gov. Evers using his authority to align the budget more closely with the will of the people and put more money into our kids’ schools."

Evers’ vetoes came after Republican lawmakers rejected his budget proposals, including a $1 billion expansion of Medicaid, a $1.4 billion increase in school funding and the creation of a nonpartisan redistricting commission.

Wisconsin governors of both parties have had strong veto powers for years. The state’s governors have the authority to remove any part of the state budget. Walker issued 99 partial vetoes of the last state budget during his tenure and former Gov. Tommy Thompson, also a Republican, was such a fan of the veto power that he struck individual letters from budgets to structure the language into entirely different words than the legislature intended, according to the Journal Sentinel.

Democratic Senate Minority Leader Jennifer Shilling said the attempt to roll back Evers’ veto powers are part of the Republican Party’s goals that they made clear when they rolled back much of his authority before he even took office.

"Republicans are still in election denial and continue to look for ways to undermine our democratically elected governor every step of the way," Shilling told the Journal Sentinel.

Assembly Minority Leader Gordon Hintz, a Democrat, called the Republicans’ proposal an “attack on the institution of democracy.”

"The public should be outraged at the repeated attempts to change the powers of the office because they disagree with how those powers were used," he said.

In order for a constitutional amendment to be enacted, it must be passed in two consecutive legislative sessions and then be approved by a statewide voter referendum.

Before Evers took office, Republicans used a lame-duck session to jam through dozens of Walker’s nominees and pass bills limiting the incoming governor's authority and even barring him from pulling out of a multi-state lawsuit seeking to undo Obamacare. Evers was still able to withdraw Wisconsin from the suit after a judge temporarily blocked the laws earlier this year.